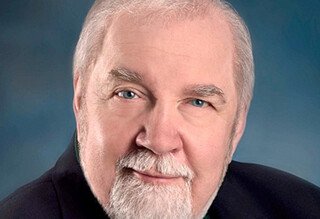 Mark Freeh has been involved with Brass music since a very early age. He studied Tuba with William Bell of the New York Philharmonic while attending Manhattan School of Music and for two years studied arranging with Erik Leidzen. He played Tuba and Bass Trombone with the New York Staff Band for eight years and spent two years travelling throughout Central and South America performing with a U.S. Army Band.

As the conductor and founder of the Manhattan Brass Choir, he recorded with Clark Terry and Urbie Green for A.BC. Records. At that time, he also conducted at Radio City Music Hall and at Carnegie Hall sharing the stage with Duke Ellington. Involved in the studio recording business in NYC for over thirty years, he received Gold and Platinum records for Billy Joel's "Innocent Man," "The Bridge" and Chaka Khan's "I Feel for You." During this time, a project he worked on "Sundae in New York" received an Oscar for Best Animated Film in 1984.  During his studio years he was involved with recording the movie scores for "The Gig" (Warren Vache), "Easy Money", "Big City, Bright Lights" and he worked with Blondie, The Remones, Dom DeLuise, Tiny Tim, Iggy Pop, Donald Fagen and others. Because of his keen interest in recording he began build recording studios. He designed and built eight recording studio facilities in the New York area.

As a recording engineer, he has recorded albums with Philip Smith, Pendel Brass, Santa Ana Corps Band, The Bones of Contention and several with the New York Staff Band. In addition, he produced two CDs, "Pittsburgh On Parade" and "Footlifters" for River City Brass Band and "FREEH-WAY" with Bramwell Tovey and the G.U.S. Band. He has also produced five CDs with Imperial Brass. Mark Freeh has taught at Star Lake Musicamp, the New School of Social Research in NYC and conducted special Brass classes at Brooklyn College and Manhattan School of Music. He was on the faculty of Manhattan School of Music for 11 years and the arranging staff of Warner Bros. He has arranged over 200 pieces for Brass Band and several hundred more for various size Brass Ensembles.

Carol Of The Drum